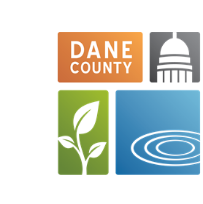 (Madison, WI) People living near Turville Bay in Lake Monona, and others interested in the restoration of native aquatic plant communities in the Yahara Lakes, can discuss second-year results with researchers from 7 – 9 p.m., Monday April 12, 2010 at the Lyman F. Anderson Agriculture and Conservation Center in Conference Room 1 A&B, 1 Fen Oak Court in Madison.

Last year was the second year of a five-year study to determine if either or both of the evaluated management approaches (early season application of the selective granular herbicide 2,4-D, treatment and early season deep mechanical harvesting) are viable methods to control nuisance exotic plants, especially Eurasian water milfoil (EWM), and aid in restoration of native plant communities. Two five-acre sites in Turville Bay receive herbicide application; two five-acre sites receive mechanical harvesting, and two other five-acre sites are untreated and used as controls. Early-season treatments target EWM early in its growth stage, before most native plants begin to grow.

EWM begins growing early in the year, and creates a dense growth canopy which shades out native plant species. Dane County waters have supported populations of this exotic invasive aquatic plant since at least the 1960’s. EWM is found throughout the Yahara Chain of Lakes (Mendota, Monona, Waubesa, Kegonsa and Wingra), and the impacts of this plant have been far-reaching. EWM has been associated with a decrease in biodiversity in the Yahara system, decreased aesthetic value, impeded recreational use in shallow areas, and impacts to the Yahara fishery.

Research cooperators collected data on plant frequency, water quality and water clarity, before and after the chemical and physical treatments on Turville Bay in 2008 and 2009. In 2009, researchers found that chemical treatment tends to decrease the frequency of occurrence of EWM in study plots. They found no difference between early-season harvesting plots and untreated controls.

The research project’s herbicide application for 2010 will most likely occur in April when EWM growth and water temperatures are suitable for treatment. The herbicide used will be 2-4,D (applied as the granular formulation Navigate), and will be applied by Marine Biochemists at a rate of 150 lbs/acre. It is possible that the herbicide application will occur before the public informational meeting on April 12. Anyone who would like more information about the treatment earlier than the public meeting may contact Sue Jones at 224-3764.

The research is being supported by a Department of Natural Resources Aquatic Invasive Species grant and by DNR staff time, with matching funds and labor provided by the Dane County Department of Land and Water Resources and the U.S. Army Corps of Engineers.